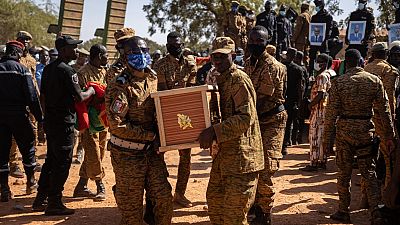 The most deadly attack targeted the Volunteers for the Defence of the Fatherland (VDP) in the town of Guessel in the Sahel region (north), killing "some 20 people, including eight VDP", according to one of their leaders.

According to the source, five other auxiliaries and a civilian were killed in Markoye, in the same region were killed on the same day, an information a security source confirmed, speaking of a "series of attacks that mainly targeted the Volunteers".

In the southeastern province of Kompienga, close to the borders with Togo and Benin, "a convoy of civilians escorted by army auxiliaries was targeted by an attack in Namouyouri", said another security source in the region, adding that "about fifteen civilians were killed".

A resident of the province said that in addition to the civilians, "three auxiliaries" were also killed in the attack. He appealed for help "to take care of about ten wounded people".

On Saturday night, another simultaneous attack on the gendarmerie and police stations in Faramana (west), near the Malian border, also left two security forces injured, according to a security source.

Burkina Faso has been the target of jihadist attacks since 2015, perpetrated by armed movements, some of which are affiliated to al-Qaeda and the Islamic State group, and which have left more than 2,000 dead and 1.8 million displaced.

While the north and east of the country concentrate the majority of jihadist attacks, some regions in the west are also affected by violence, on a less regular basis.

The country's new strongman, Lieutenant-Colonel Paul-Henri Sandaogo Damiba, who overthrew the elected president Roch Marc Christian Kaboré on 24 January, accused him of being ineffective in the face of jihadist violence, has said he wants to make the security issue his "priority".

In early April, the head of state announced the creation of local committees for dialogue with local jihadist groups in an attempt to curb the violence. 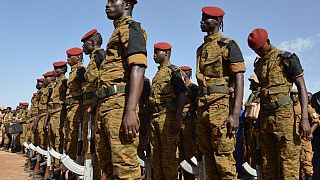