A night curfew has started on Thursday but Ennahdha, Tunisia’s main, political party planned a demonstration on Friday to mark the 11th anniversary of the country's revolution.

The calm of the evening is complete in the Tunisian streets. As a night-time curfew between 10pm and 5am came into effect on Thursday, alleys were empty and terraces closed. Only police vans and onlookers were out.

Earlier this week, the Tunisian government cited the rise of COVID 19 cases to introduce the measure which is to be "implemented by regional authorities depending on the rate of infection".

If it is globally respected, political opponents to the president Kais Said are skeptical of the leader’s real motives. Does the decision rely on sanitary or political grounds ?

In consequence and despite the curfew, Ennahdha, Tunisia’s main political party has decided to go ahead with its planned demonstration on Friday, January 14 to mark the 11th anniversary of Tunisia’s revolution.

In a country where half of the population has already been doubled jabbed, the government hopes to intensify vaccination operations and ensure the population receives its booster doses.

COVID 19 cases, deaths in Africa drop to lowest levels yet - WHO 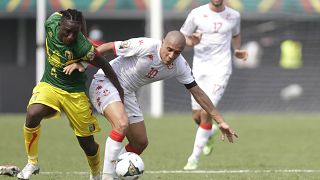 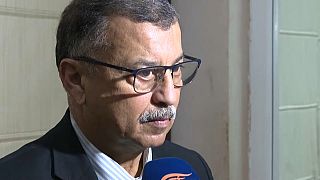 'Spiritual healer' arrested for sexually abusing about 900 women in Tunisia

COVID 19 cases, deaths in Africa drop to lowest levels yet - WHO

'Spiritual healer' arrested for sexually abusing about 900 women in Tunisia