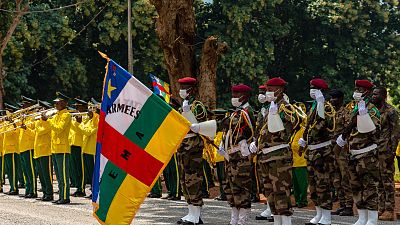 The relation between the central African Republic and the European Union is getting sour.

This is after the European Union temporarily suspended its training mission for the Central African Armed Forces, due to "control exercised by mercenaries from the Wagner company", the EU mission in Bangui said.

"Due to the control exercised by mercenaries from the Wagner company over the Central African Armed Forces (FACA), the European Union, concerned about respect for international humanitarian law, has decided to temporarily suspend training activities," said General Jacques Langlade de Montgros, commander of the European Union's training mission in the Central African Republic (EUTM-RCA).

The EU further stated that training can resume "as soon as they have the assurance that the trained Central African soldiers will not be employed by Wagner's mercenaries."

The Central African Republic has been the scene of a civil war since 2013, which declined in intensity after 2018, even though large swathes of territory continue to escape the central powers in Bangui.

According to France and the European Union, the Central African Armed Forces in conjunction with the Wagner group, have led a vast counter-offensive against rebel groups since the beginning of the year, who had tried to overthrow the regime of President Faustin Archange Touadéra.

According to UN experts, members of the Russian paramilitary group have committed systematic and serious human rights violations.

Moscow officially recognizes the presence of only 1,135 "unarmed instructors" but NGOs operating on the ground, France and the UN claim that some of them are men from the private Russian group Wagner, which Moscow denies.

The EU on Monday sanctioned the Wagner group, eight people and three companies linked to it for "destabilizing actions" in Ukraine and several African countries.

The Wagner company has been reported in several sub-Saharan African countries where Russia is present, including Mali and the Central African Republic, but it is also active in Libya, Syria and Ukraine.