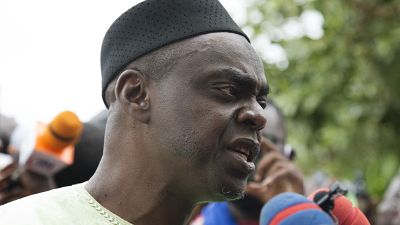 N'Djim, an influential figure in the conflict-ridden Sahel state, was arrested in the capital Bamako on Tuesday, according to a court official who requested anonymity.

The official added that the lawmaker was arrested over "subversive remarks," without offering further details.

N'Djim is a supporter of Mali's army strongman Assimi Goita, but is known for his sharp criticism of Interim Prime Minister Choguel Kokalla Maiga.

Kassoum Tapo, N'Djim's lawyer, told AFP that his client's detention is illegal because he has parliamentary immunity.

N'Djim is a vice president of an interim legislature established in the aftermath of a military coup led by Goita in August 2020, which ousted elected president Ibrahim Boubacar Keita.

Under diplomatic pressure, the army subsequently handed power to a civilian-led interim government tasked with steering Mali back towards civilian rule.

But Goita deposed the leaders of this government in May, in a second coup, and was later declared interim president himself.

The strongman is facing pressure to stage swift elections to restore civilian rule, including from regional bloc ECOWAS and the United Nations.

Goita's government has refused to be drawn on a date, however, and has said it will decide when it will stage elections in December.

N'Djim's arrest comes after he criticised the government for expelling an ECOWAS representative this week, for reasons that remain unclear.