Why no tusks? Poaching tips scales of elephant evolution 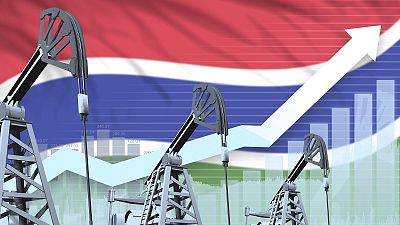 The Ministry of Petroleum and Energy, Gambia and the Gambia National Petroleum Company (GNPC) have been confirmed as strategic government partners and speakers for the upcoming MSGBC Oil, Gas & Power 2021 Conference and Exhibition, organized by Energy Capital & Power, taking place in Dakar on 2-3 December, 2021.

Under the leadership of H.E, Fafa Sanyang, Minister of Petroleum and Energy, regional partnership development and investment into all facets of The Gambia’s energy sectors – including oil and gas, renewable energy and the power sector – have seen an uptick of activity and growth.

The Ministry has actively encouraged oil exploration activities by creating a policy framework that is both stable and friendly to investors. A key component of the strategy put in place by The Gambia for the expansion of the hydrocarbons sector is to encourage the private sector to participate in the development of the sector by various means, including building relevant infrastructure for petroleum and Liquid Petroleum (LPG) as required.

The Gambian delegation official speakers will include Lamim Camara, Permanent Secretary, Ministry of Petroleum and Energy, and Jarreh Barrow, Commissioner for Petroleum; together with speakers from the GNPC including Yaya Barrow, Managing Director, GNPC and Cany Jobe, Director of Exploration and production, GNPC.

An ambitious offshore and onshore hydrocarbons exploration campaign is underway in The Gambia with both regional oil and gas companies and international oil companies (IOCs) participating.

The Gambia is looking to emulate the success of major discoveries that have taken place in 2014-2016 in other countries of the MSGBC Basin such as Senegal and Mauritania, and expand ongoing exploration and production programs. There are two onshore and six offshore blocks. Block A4 is licenced to Petronor, while Blocks A2 and A5 are licenced to FAR and Petronor JV. A1, which was licenced to BP, is now on the market looking for investors.

In order to expedite the pace of development in The Gambia´s hydrocarbons sector, the representatives from GNPC are looking to develop regional alliances to promote greater energy sector cooperation and to attract renewed foreign investment into the sector. The MSGBC Basin is currently one of the most exciting frontier oil plays in West Africa.

The upcoming MSGBC Oil, Gas & Power 2021 Conference and Exhibition is the leading platform whereby representatives from The Gambia will have the opportunity to network with global energy stakeholders, establishing new partnerships and enhancing sectoral activities. The conference covers the entire MSGBC region and is focused on promoting regional investment opportunities, and positioning frontier basins, such as those found in The Gambia, at the forefront of the event.

Distributed by APO Group on behalf of Energy Capital & Power. Girls' education, a powerful lever for development in the Sahel

Girls' education, a powerful lever for development in the Sahel