The UN Committee on Migrant Workers (CMW) will hold its upcoming session from 27 September to 8 October, during which it will review Rwanda and Azerbaijan, and host a public online event to launch its guidance, officially known as general comment, on migrants’ rights to liberty and freedom from arbitrary detention.

Rwanda and Azerbaijan are among the 56 States parties to the International Convention on the Protection of the Rights of All Migrant Workers and Members of Their Families. The Committee, which has received the respective country reports as well as submissions from non-governmental organisations, will discuss a range of issues in public dialogues with the State delegations.

Among the possible issues to be discussed:

Rwanda dialogue (27-28 September): the numerous domestic laws that have been adopted after the Committee’s previous review in 2012; the effectiveness of these laws in protecting the rights of migrant workers and combating human rights violations; how immigrant children or the children of migrant workers are involved in the eradication of child labour.

Azerbaijan dialogue (4-5 October): the impact of COVID-19 on migrant workers and their families as well as their contribution to essential sectors, including health, during the pandemic; Azerbaijan’s border management system and the criminalization of irregular border crossings; measures to combat human trafficking and the plight of migrant workers and their families who are undocumented or in an irregular situation.

The Committee will also host an interactive online panel discussion with States representatives, national human rights institutions, civil society and academia on 7 October, from 3-5pm (Geneva time), to launch and promote its General Comment No.5 on migrants’ rights to liberty and freedom from arbitrary detention. A general comment is the Committee’s authoritative interpretation of the Convention. To address the rising trend of the criminalization of migration and the increasingly frequent use of migrant detention in several regions in the world, the CMW adopted its General Comment No. 5 to provide guidance to all States parties on fulfilling their obligations under the Convention.

The above public dialogues will be held online and livecast on UN Web TV. More information about the upcoming session, including country reports submitted by the States parties and meeting schedules, is now available online. General Comment No. 5 can be found here. Information related to the launch event will soon be available here. 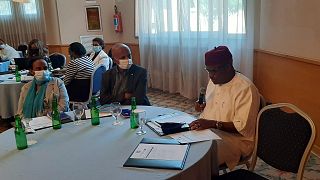 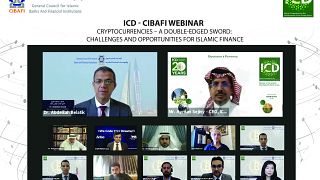