Roughly 100 people died in violence linked to the election last October, which saw Ouattara voted in for a third term.

Prosecutors said in April that 102 people were still being held over the violence, suggesting roughly 20 people remain in custody.

Gbagbo had asked for more than 100 people to be freed, including some who were involved in another bout of election-related violence during 2010 and 2011.

He argued that the detainees were political prisoners. 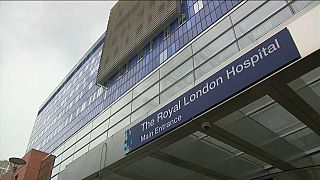 Refugee doctors recruited to fight the pandemic in the UK

Refugee doctors recruited to fight the pandemic in the UK