Despite the impact of Covid, despite all its difficulties, the Democratic Republic of the Congo has a real dynamic drive to face up to its economic and social challenges.

In the Congo, 60% of people are under 20 years old, making it one of the youngest populations in the world. For the past year and a half, primary school education has been free for all; a measure that has allowed four million children to return to school.

A concrete example is this school, where the number of students has been multiplied by two. In this class, free education has considerably improved daily life and that reflects in the optimism of the children.

In recent months, the school has had to deal with a sudden influx of students. Although the situation has been difficult at times, the head of the elementary school is very encouraged by the results.

"The children who were about to lose their lives by staying in the street and getting into mischief, now they're in schools, they learn, said Alphonse Kapata Simba. "And the parents, they don't have to spend money on school anymore. They save a little bit. It's beneficial for the family."

Euronews spoke to the new Prime Minister Jean-Michel Sama Lukonde Kyenge about the initiative. He is betting on the youth to give a new impulse to his country:

"We need them. The Democratic Republic of the Congo is truly at a special moment in its history. With changes that give a new direction, which allows us to hope, to have hope."

The IMF has just granted a credit facility of 1.5 billion dollars to the DRC. In return, the authorities have committed themselves to a vast process of reform. The aim is to improve the business climate and guarantee long-term economic growth.

"First, it's facilitation in terms of business creation, that's the starting point," said Prime Minister Kyenge. "Then, there are as many parallel instruments next to it. That means the judicial security on which we work. And, finally, there are incentives in the areas where we'd like to see investment."

This will require a diversification of the economy, particularly in agriculture. Kalaa Mpinga is one of the most emblematic Congolese investors. Originally from the mining sector, he has invested considerably in agriculture and palm oil factories. It's a product that benefits, among others, the inhabitants of Kinshasa, he says:

"The 20 million inhabitants are mainly fed with imported agricultural products. But we have the land, we have the climate, we have the people, in any case, there is no shortage of manpower."

Of course, there are challenges to be met: finding long-term investors, changing certain legal rules, or developing infrastructure. That said, the country has a major asset:

"We have what I call the most beautiful, longest and largest highway in the world, the Congo River!" says Mpinga.

Another developing sector is digital technology. Ecole Chretienne Le Rocher in one of more than 6,000 across the country where children and teachers use schoolap, an educational tablet developed by a Congolese start-up.

"We have questions, exercises and during the lockdown we were using it because we were at home," says Morgane, one of the students using the tablet.

Teacher Albert Mbuyi shares her enthusiasm: "We can do video conferencing in contact with all the children. The teacher is either at school or at home.”

Head teach Albert Lubamba says its role has been crucial in maintain classes: " It allowed us to not fall behind with the school programme. And it was great!"

The creator of Schoolap has won several international awards for his innovation and has even sold the concept to the Seychelles. It has revolutionised the quality of education in Congo.

"Equipping a public school with a single schoolap tablet is like equipping that school with a school library," says the app's creator Pascal Kanik. "And it should be stressed this solution can run in an area where there's no internet or electricity. So no area is excluded."

So the strategy is to bet on Congolese champions, but also to make the country more attractive to foreign investors, says Prime Minister Kyenge:

"Don't forget that the Democratic Republic of the Congo is a large country, in the center of Africa, with not only an important internal market - because we are talking about nearly 100 million inhabitants - but also there are 9 neighboring countries and so it's a real link between Southern Africa, North Africa, and West Africa.”

The Congo has a growth forecast of nearly 5% for 2021. And all those we met spoke of their determination to surf on this new dynamic wave.

"We can tell the world today that in Congo we have young people who are working hard to give a favorable image to the country. We want to work to continue to transform our country, says Kanik."

Investor Kalaa Mpinga is equally bullish: "I believe in the Congo. I believe in its potential and we came to work and fight for it."

Prime Minister Kyenge insists his country is moving in the right direction:

"When you look at the different indicators, all the arrows are going up... Every day we make important decisions that are going in the right direction. For me, this is very motivating and I would really like us to stay in this direction, this upward direction that will finally allow the country to take off, from an economic point of view, and to improve the social situation of all Congolese".

Football for Friendship scheme attracts more than a million youngsters 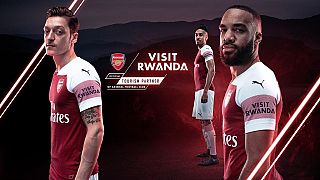 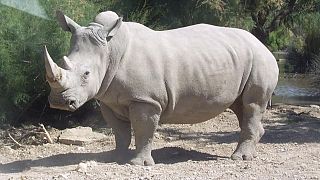 Apple iPhone 7 Plus and jet black 7 sell out online

Opposition demonstration banned by authorities in Kinshasa suppressed by police

Football for Friendship scheme attracts more than a million youngsters

Apple iPhone 7 Plus and jet black 7 sell out online

Opposition demonstration banned by authorities in Kinshasa suppressed by police