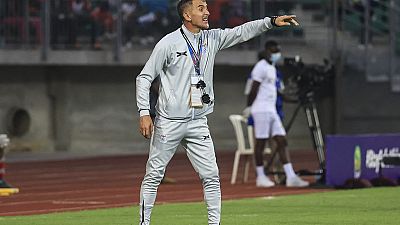 Zambia's soccer federation has parted ways "by mutual agreement" with its Serbian coach Milutin Sredojevic following a series of poor results by the national team.

"After a meeting between the federation and the coach, we concluded that it was in the interest of both parties to end the collaboration," the federation said, a month and a half before the second round of the African zone qualifiers for the 2022 World Cup in Qatar.

The 51-year-old Serbian, a striker in his Yugoslavian days, had previously coached several clubs and teams on the African continent, including Orlando Pirates in South Africa, twice, Rwanda and Uganda. He had been in post since February 2020 in Zambia.

Zambia failed to qualify for the next African Cup of Nations (CAN), which it had won to the surprise of many in 2012. It was eliminated in the group stage of the 2021 COSAFA Cup, which brings together teams from southern Africa.

To qualify for the playoffs for Qatar, Zambia will have to finish first in a group consisting of Tunisia, Mauritania and Equatorial Guinea.