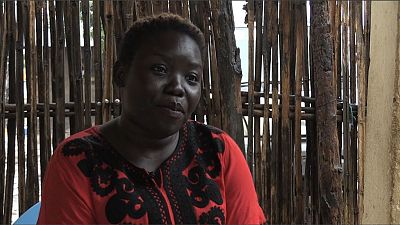 In July 2011, Nunu Diana smiled through tears as South Sudan gained independence, envisioning the future for her homeland: a great nation, peaceful and prosperous, brimming with hope and opportunity.

Ten years later, with those aspirations shattered by civil war, chronic instability and economic ruin, Diana looks back on that youthful optimism with resignation.

"I think it was just a dream," the 33-year-old social worker and mother of four told AFP in Juba.

As celebrations broke out in the capital, and the flag of a newly-independent South Sudan waved high, Diana watched the festivities on television from a refugee camp in Uganda, where her family had fled years of seemingly endless war.

The declaration of independence meant an end to the bloodshed between Sudan's predominantly Muslim north and its overwhelmingly Christian and animist south -- and a chance to finally return home.

"July 9 actually made me more independent than South Sudan itself, because I knew I will come to my country," said Diana.

The happiness of that moment, she said, and the hope for her country and its people was like "a new baby was born".

Growing up, Diana listened in wonder at speeches by venerated leaders fighting for independence from Sudan: "It gave me hope that one day we would be a great nation," she said.

Upon independence, the possibility appeared limitless. South Sudan was rich in oil, blessed with fertile land and abundant water from the White Nile, a land of fantastic natural wealth and potential.

"I envisioned a South Sudan where the health system would be very powerful given that we have our natural resources," Diana said.

"I also envisioned South Sudan where we had the human resources, especially young South Sudanese, who came from different countries to come and build the country in a more peaceful manner."

Importantly, too, she saw for her children the chance to study and learn, opportunities she was denied growing up in war and misery.

Diana returned hopeful and ambitious to South Sudan in early 2012 -- but it did not take long for the mirage to fade.

By the end of 2013, simmering tensions over control of the new state between President Salva Kiir and his deputy Riek Machar exploded into the open, with their respective troops opening fire on each other.

South Sudan was at war with itself. On December 20, Diana entered Uganda once more as a refugee, taking her young son with her.

"We had all our hopes for South Sudan, that our children will not go through what we went through," she said.

"Taking my son to Uganda was one of things that made me lose hope in South Sudan."

Nearly 400,000 people died in the conflict while another four million -- a third of the entire population -- were forced to flee like Diana, some to safer parts of the country and others over borders.

- 'Things are getting worse' -

But over this time, she kept her four children in Uganda, where at least their safety and education was assured, she said.

Nearly three-quarters of all school-aged children were not getting an education, according to UNICEF, while one in 10 does not live past the age of five.

"I think things are getting worse," Diana said.

Hunger has reached levels not seen since independence. Some 60 percent of the population -- around seven million people -- are enduring severe food shortages, according to the UN's World Food Programme.

More than 100,000 are on the brink of famine in South Sudan while Some 60 percent of the population -- around seven million people -- are enduring severe food shortages, according to the UN's World Food Programme.

A currency crisis, and runaway inflation, has made day to day living hard even for those in the capital.

Diana started planting okra, peanuts and other vegetables in a small garden to try to save costs, and can only able to afford to cook once a day. She blames this on the leadership

"What we eat at lunch, will have to take us to supper," she says.

Droughts, floods, and locusts have destroyed harvest seasons and pushed entire communities to the very edge.

Diana holds out that there's some meaning to the nation's motto: Justice, Liberty, Prosperity.

But she holds little faith in the country's leaders -- the men who chose war instead of building a state, whose government does not provide for its own people, and who squandered the gift of statehood.

"We just need to change this leadership," she said.

"All these leaders -- our liberators -- I think they must take the back seat, and give the country to the young people, who have the energy and the aspirations and hopes for this country."