Only some of the artwork created by the students of the Ecole de Peinture Poto-Poto -- one of the most illustrious art schools in Brazzaville, the Republic of Congo.

The school has produced a host of famous artists who have drawn the gaze of the world to land on Congolese art.

Located in Moungali -- a neighbourhood in the capital city, the School of Painting was founded in 1951. It was not only one of the first art institutions in the Congo, but also in Central Africa.

Today, it is sustained by artist-painters and works as a cooperative -- teaching students how to communicate and expand their artistic ideas.

Mangouandza, who has spent more than 30 years in the school studying and teaching, finds helping new generations to discover the value of Congolese art very fulfilling

"Painting is a universal script that everyone can look at and translate in one way or another. These young people (students) have arrived, they have the capacity to do something, now we are going to give them the motivation" he says.

"These young people (students) have arrived, they have the capacity to do something, now we are going to give them the motivation, to give them certain values, because people always tend to think about selling but first, it's the design and know-how (needed). The sale will come after."

Poto poto translates from the Lingala language as "mud." This is instark contrast to the vibrant palette of school artists alumni whose colourful works of art express and reflect the inner national pride and enthusiasm for their country.

18-year old Rabhi Console has been studying at the institution for the past seven months.

He used to draw manga cartoons (anime) that he watched on TV, but the school opened up his thinking.

"Before, in fact, my drawings were based on Disney channels (Disney cartoons), Manga, and that for some time. But I wanted to do more than drawing Mickey," he says.

"Masks, showing the Congolese culture instead, because before what I was showing was not my culture, so I want to show my culture."

Elion Itoua, an art student, is happy with the progression of her skills.

"Coming here, to be honest (before) I couldn't draw, maybe I drew but not like I do today. It (drawing) really has improved, positively,g."

Although affected by the COVID-19 pandemic, it is more than ever to uphold the school's legacy of successful alumni in light of its 70th anniversary on June 30.

The school has birthed some of the most renowned African visual artists.

"The balance is in general positive, on the technical level, the school has trained about sixty (famous) painters, each of whom is the author of remarkable work.

"On the economic and social level, the Poto-Poto School of Painting is part of the cultural and creative industries," says Parfait Mbon, Director of the Poto-Poto painting school.

He believes that culture is what will continue to bring people together.

Nevertheless, fame and cultural heritage alone are not necessarily enough to survive in times of crisis.

Like other cultural institutions in the world, the school has been affected by the pandemic.

Crisis can often bring opportunities and like many schools and universities around the world, they've turned to the internet for help.

The Ecole de Peinture Poto-Poto has submitted a project to UNESCO to sell paintings online in Congo and abroad. 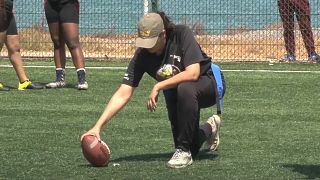 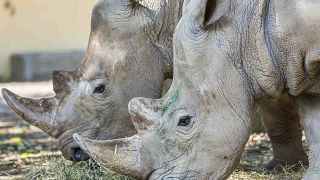