The establishment of the North American Camel Ranches Owners Association (NACROA) is an important step in the development of the camel sector, Sheikh Fahd Hithleen, founder and president of the International Camel Organization (ICO), said on Thursday.

NACROA aims to support and promote the camel industry in North America and advocate for best practices surrounding the welfare and health of camels. The organization was created under the supervision of the ICO.

Camel ranch owners in North America first held meetings in September last year to explore the development of an association under the ICO, before establishing the group later that month. Hithleen had previously campaigned for the creation of NACROA, as well as other international organizations, such as the European Camel Ranch Owners Association. On Thursday, the ICO founder said that the establishment of the new North American group will help to develop the overall camel sector, before later thanking camel ranch owners for their effort in setting NACROA up as quickly as possible.

The number of camel ranches has grown in North America in recent years, a fact Aaron Wendell, president of NACROA, pointed to on Thursday as the reasoning behind the establishment of the group. Wendell added that the initiative was accelerated due to support by the ICO with the aim of better serving the camel sector.

Wendell went on to thank Hithleen for his efforts and encouragement in the leadup to the establishment of NACROA.

The ICO is a non-profit organization based in Riyadh, founded by Hithleen in March 2019. The group currently counts about 105 member countries from around the world and aims to develop and serve the camel sector.

Camel racing and camel polo are both popular sports, particularly in the Middle East. Last year, Saudi Arabia opened the largest camel hospital in the world in Riyadh (https://bit.ly/3vPkqi6) at a cost of $36.5 million. The hospital will provide basic medical care to camels but also treat chronic and infectious diseases, in addition to focusing on the research and development of camel breeding and fertilization. 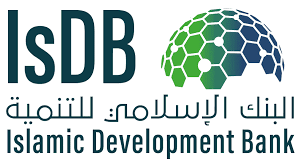