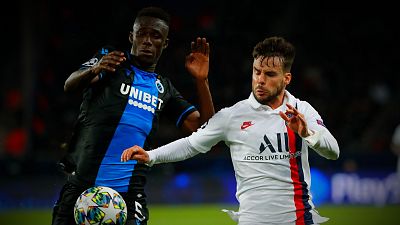 100 nominees for the title of Golden Boy 2021 were revealed on Tuesday by the Italian newspaper Tuttosport. This trophy rewards the best player under 21 years old playing in Europe. As every year, the casting includes some fine African players but it remains to be seen who will succeed the Norwegian Erling Haaland.

The Stallion (14 caps, 5 goals) has only played 12 Eredivisie matches this season but that was enough for him to score 7 goals and win a second Dutch championship. Lassina Traoré, 20 years old, also took advantage of this season 2020/2021 to discover the Champions League and even score his first goal in the most prestigious competition. The former Rahimo FC and Ajax Cape Town player is undoubtedly following in the footsteps of his illustrious cousins Alain and Bertrand. The next step in his career could be a little further east.

In Belgium, he is known as the rock. At only 19 years old, the child of ASEC has imposed himself as the strong link of FC Brugge and has just celebrated his second Belgian championship title in two years. Patrice Beaumelle recently offered him his first four caps and does not hesitate to announce him as the new Eric Bailly. He could quickly join his prestigious elder in the Premier League. Arsenal and Tottenham have placed Kossounou at the top of their summer shopping lists.

A revelation at the end of last season in France, El Bilal Toure will have been able to confirm his status in 2021. The Malian born in Ivory Coast will have played 33 games in Ligue 1 and added 4 goals to his 3 planted the previous year. These performances allowed him to discover the national team with whom he was quick to find his marks (already 2 goals in 3 caps). At 19, he will be one of the attractions of the mercato.

This is the hit of the spring in Italy. Darboe made his professional debut at the beginning of May and found himself a starter for Roma for the last four Serie A games. A reward for a boy with a difficult background. He had to flee his country at only 14 years old and after several weeks in a refugee camp in Libya, found himself alone in Italy. Next season, he should be one of the protégés of the new coach giallorosso: José Mourinho.