Mali: Two soldiers killed in an attack in the north 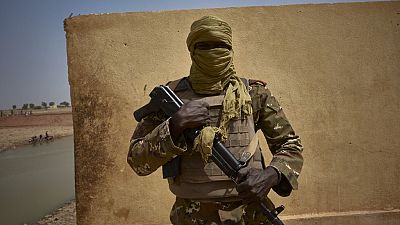 Two Malian soldiers were killed Saturday night in the north of the country in an attack blamed on jihadists while eight peacekeepers were wounded Sunday in a mine explosion in the center of the country.

"Two of our men were killed by terrorists Saturday night in an attack on one of our checkpoints 60 km southwest of Gao," a military official told AFP. The term "terrorists" commonly refers to jihadists in Mali.

Meanwhile, on Sunday, eight soldiers from the U.N. mission in Mali (Minusma) were wounded, five of them seriously, when their vehicle was blown up by a mine east of Douentza (in the center of Mali), not far from a Malian army camp. Improvised explosive devices (IEDs) are a favorite weapon of jihadists against Malian, French and international forces. They also kill many civilians.

Since 2012 and the outbreak of independence and jihadist rebellions in the north, Mali has been plunged into a multi-faceted turmoil that has left thousands of civilians and combatants dead, despite the support of the international community and the intervention of UN, African and French forces.

A peace agreement was signed in 2015 but Mali has remained plagued by the activities of groups linked to al-Qaeda and the Islamic State organization, inter-communal violence and trafficking of all kinds. The violence has spread to neighboring Burkina Faso and Niger.