Self-taught Ivorian-Burkinabé tailor now turned top designer on the international fashion scene Pathe'O has dressed some of Africa's wealthiest and most powerful.

Bintou Bayo, a Togolese bank manager is fully behind the African icon.

"He (Pathé'O) is a monument of African fashion and I wanted to come and show him all this gratitude for this profession that he has chosen and that he continues to please us with, the ladies."

Rejected from working in cocoa fields due to health issues, he rented out a workspace and autonomously honed his craft as a tailor -- until he made a name for himself and even won the local "Golden Scissors" contest in 1987.

Today, the award-winning designer uses his successful platform to reshape societal attitudes towards the sewing profession across the African continent -- as he also creates professional opportunities for the upcoming generations.

"In the minds of many people here, tailoring is a job for people who didn't go to school, a job for failures," Pathe Ouedraogo -- his legal name -- says with a smile.

"But African fashion, African fabrics interest the whole world! There's a wealth of creators and talents," he adds.

"We have to move up from cottage industry to mass manufacture, and produce more to move Africa forward."

Pathé'O believes deeply in the potential of African fashion and also in the value of focused work to see it soar.

"No matter the experience, no matter the background, you still have to always work harder because this is a job in which you don't sleep.

"First of all, the designs, because everybody who comes in wants something new. Every day you have to create, so that means you have to always be there, you have to imagine, innovate, anticipate, change.

"That's what fashion is all about."

A tall, slender man at 70 with the face of a wise elder, Pathe'O is never seen without one of his own vibrant shirts.

The House of Pathe'O is an empire that spans ten countries and employs 60 people,

All the work -- tailoring and dyeing is done by hand to produce African haute couture that continues to transform the international fashion industry.

The father-of-three still shows up every day at the workshops in Abidjan's working-class district of Treichville, where he first set up shop 50 years ago.

All the work is done by hand on old cast-iron Singer sewing machines, and Pathe'O moves among the tailors, designers and pressers to check their work and lend advice.

The workers are not only getting first-class training from one of Africa’s very best, but they too feel proud of the work they produce.

Korotoum Cissé, a fabric dyer for Pathé'O is happy with her developing craft

"I'm happy when I see important men wearing my work, I'm happy, thanks to Pathé'O."

Pathe'O also stresses the economic and cultural value of African fashion both within the continent and on the international scene.

"Yes, it's true that we got into this business to earn money. Now it has become a struggle because we see, we think there is inequality.

"It's not fair that a continent like Africa doesn't even realise that fashion can be part of Africa's wealth. We produce the best cotton in the world. Where is this cotton? As soon as it is picked, the cotton is gone."

Pathe'O continues to be inspired by the streets, women and essence of the Motherland in his designs and intends on using his position to attain the much-deserved global respect for African fashion.

Pathe'O himself plans to put all his business success and international recognition behind what he calls his "battle" to win respect for Africa's fashion industry.

He sees it as a key economic sector that could help the continent along its road to development.

The House of Pathe'O will host its charitable foundation from its new headquarters in the trendy Cocody district of Abidjan -- in the hopes of bringing forth a new generation of African creators to further elevate African haute couture on catwalks worldwide. 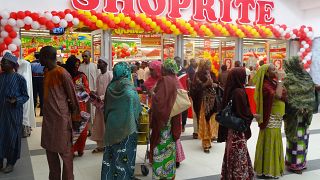 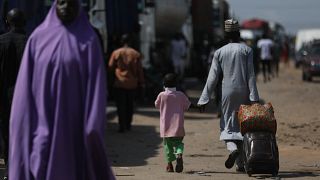 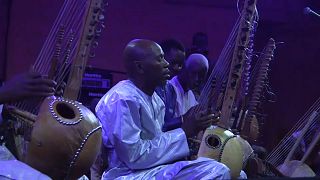