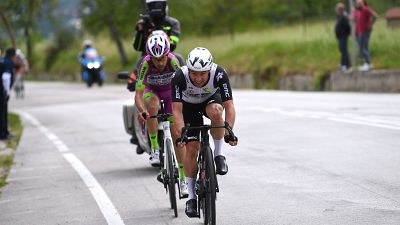 The stage was won by Victor Lafay (Cofidis) ahead of Francesco Gavazzi (Eolo-Kometa) while Attila Valter (FDJ) retained the race lead overall.

On a day where the fight to get into the breakaway was particularly brutal, and saw numerous attempts by our own riders to make it, a group of eight riders eventually made their escape after approximately 55km. Campenaerts, as he'd promised prior to the start, refused to miss out and time-trialed his way to bridging the gap in the main move of the day.

After joining the leaders, the gap to the peloton rapidly stretched and looked likely that he the stage-winner would come from the breakaway. Campenaerts duly played his part and then safely navigated the long descent ahead of the climb to the finish before launching an attack of his own with about 7km to go.

Campenaerts was joined by Giovanni Carboni in the late surge for glory but the efforts of the day took their toll on the final climb and Campenaerts then gamely hung on for an excellent seventh place overall.

[On bridging the gap] It was terrible, really really terrible. I tried a few times to get in before we had a small climb and then I suffered a lot to get over the climb and then the breakaway went for free in the downhill.

I was not so happy to see that so I thought to let’s try and get there but they didn’t wait for me and the peloton was also chasing at that point with Bora. So that was my time trial of the day, early on in the stage when nobody was watching television!

I knew it would be very, very hard to win the stage with an uphill finish because I am not really a climber but I managed to get into a successful break and I also tried to do some sort of a final to try and escape before we hit the climb, I put a lot of effort into that for only 10 seconds.

It was very strong performance from Victor today and he spent a huge amount of energy just to get into the break, as there were already eight guys in the front. It was really hard to close the gap at that point as there was already a lot of speed there and he really had to go fast.

He was riding to win today. We were planning on making an attack with about 20km to go as we knew the last climb was not going to be easy against Lafay and Gavazzi but we rode to win, he tried and got away a few times but at the end that last climb killed him off.

It was a great effort from Victor, sad we couldn't win it and compliments to the winner and his team. A performance like this for the team is good for the morale of the team. 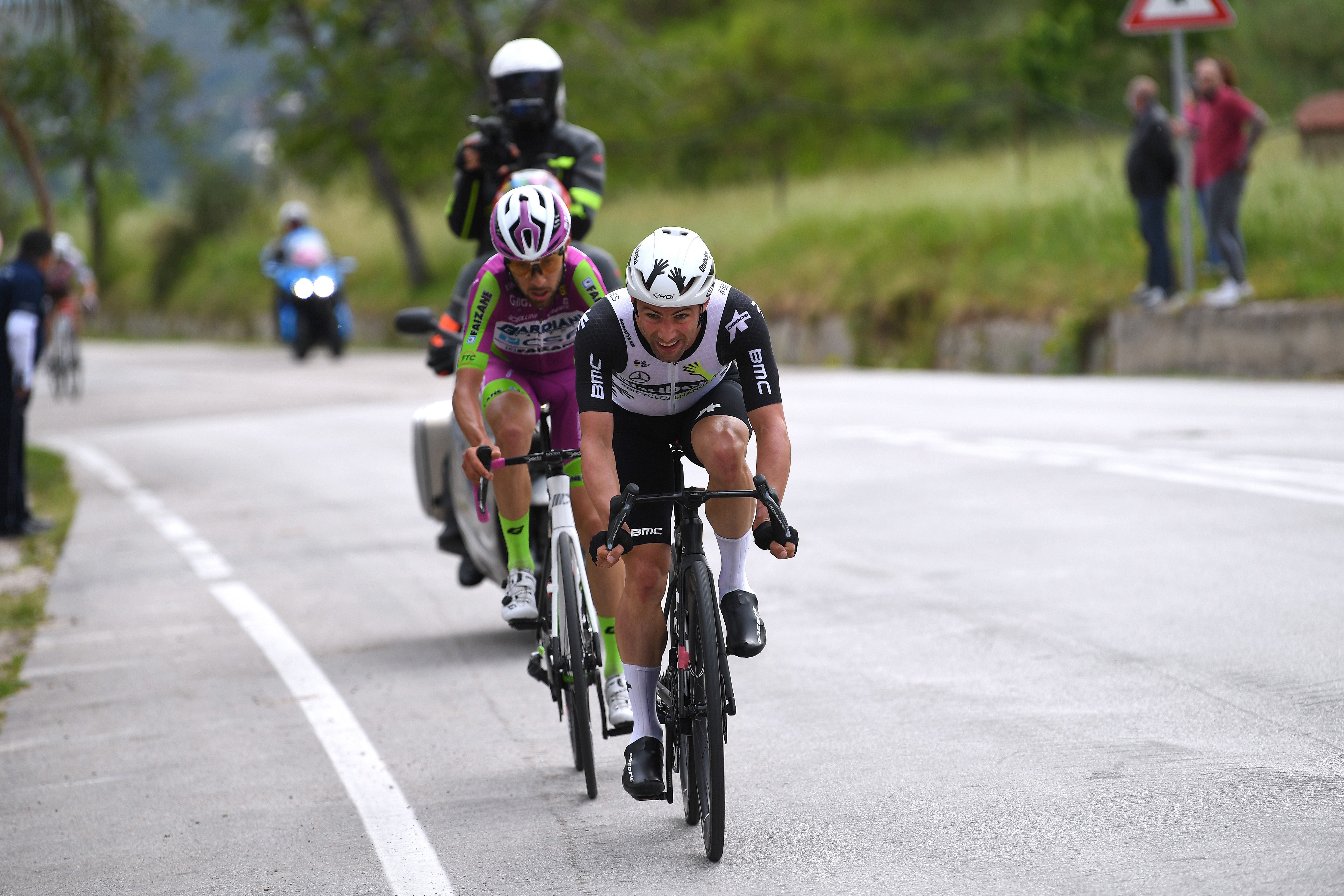