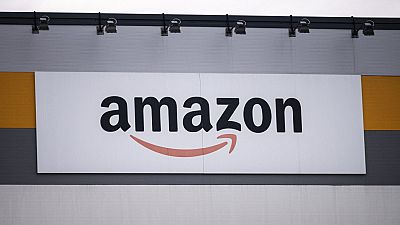 Amazon is setting up its African headquarters in Cape Town, a multi-million dollar investment and the promise of thousands of jobs, but there's a catch: the land chosen is dear to the hearts of the Khoi San, the original inhabitants of the southern tip of the continent.

Last month, the port city approved the construction of a nine-storey commercial and residential complex on a riverside green space, which will be anchored by the US online retail giant's 70,000 square metre offices. But some descendants of the region's original inhabitants, the Khoi and San peoples, accuse the project of desecrating their ancestral lands and plead the cultural and environmental significance of the site.

"Our heritage will be completely destroyed," Aran Goringhaicona told AFP. "This place has a great spiritual significance for us," added the traditional leader who heads a collective opposed to the project. Together with a group of local residents, the Observatory Civic Association (OCA), they wrote to the developer, Liesbeek Leisure Properties Trust (LLPT), this week to warn it of their intention to challenge the project in court.

Given the problems of flooding and chronic drought in Cape Town, the opponents are also questioning the timeliness and validity of the environmental approvals signed by the city, says Leslie London, president of the OCA. The city argues that the risk of flooding is "minimal" and that the site will be built above the 100-year flood line. Amazon, questioned by AFP, declined to comment on these developments.

For the descendants of the thousand-year-old inhabitants of this corner of the world, the site is the site of their struggle against colonial powers. The first of these battles, in 1510, saw the Khoi defend the territory against the Portuguese. More recently, the site was protected by a two-year interim heritage designation, which expired in April 2020, according to the city.

To honour this heritage, the developer promises to build a cultural centre run by indigenous groups, including a medicinal garden, a hiking trail and an open-air amphitheatre. Some groups see this as a victory. "These plans put First Nations at the centre of the project, right across the street from that building everyone is talking about, the Amazon building," says Chief Garu Zenzile Khoisan, who heads a collective of several clan groups.

Both the collective and the developer told AFP that the proposal had been approved by the majority of the province's indigenous peoples. "It is therefore surprising that a small group of opponents who claim to be working towards better housing opportunities, more respectful celebration of local heritage and sustainable environmental improvements, do not support our plans," LLPT said.

But opponents, including Goringhaicona, denounce a desire to divide and conquer, to ignore dissenting voices. The city emphasises the creation of jobs, while unemployment reached 29% at the end of 2020. The project plans to create more than 5,000 jobs during construction, according to the promoter, and then some 860 when it is up and running.

"Going onto someone's sacred land and building on it under the guise of creating jobs is a bit of a twist," said Tauriq Jenkins of Goringhaicona Council. "You're going to provide jobs for the Khoi San by asking them to dig up the graves of their ancestors?"