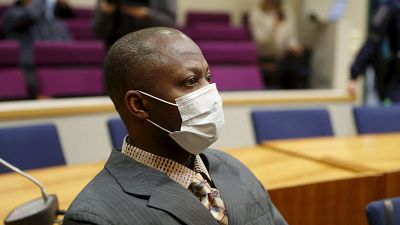 The trial of former rebel leader Gibril Massaquoi for war crimes committed in Liberia entered a new phase Tuesday with the first witness hearings in Freetown, the capital of Sierra Leone, an AFP correspondent noted.

Gibril Massaquoi, a 51-year-old Sierra Leonean, is on trial for a litany of murders, rapes and torture perpetrated in Liberia by himself or rebels of the Revolutionary United Front (RUF) between 1999 and 2003.

Nicknamed "Angel Gabriel" at the time, he was a senior member of the RUF, a Sierra Leonean armed group led by Corporal Foday Sankoh, who was close to former Liberian warlord and later president, Charles Taylor.

His trial began in early February in Finland, where he has lived since 2008 and where he was arrested in March 2020 after NGOs mobilized, under legislation giving the national justice system the power to try serious crimes committed abroad.

The hearings, which were due to resume at the end of April in Sierra Leone, have been postponed several times because two judges have contracted typhoid fever, according to a spokeswoman for the Finnish National Bureau of Investigation (NBI, judicial police).

They opened Tuesday morning at an undisclosed location in Freetown and are expected to continue until May 19. The verdict is expected in September at the earliest.

Inside Liberia's fight to save pangolins from extinction

Liberia marks 200 years with a mass rally in the capital, Monrovia

Inside Liberia's fight to save pangolins from extinction

Liberia marks 200 years with a mass rally in the capital, Monrovia