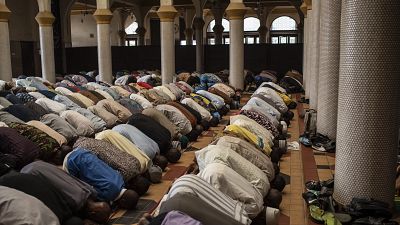 Gunmen abducted 10 worshippers from a mosque in northwestern Nigeria near the border with Niger on Monday, police have said.

Attacks on mosques, however, are very rare.

"The bandits abducted 40 worshippers, taking them out of the mosque and into the forest," Isa added.

"They were pursued by police officers, assisted by local vigilante groups and residents of the town, and they managed to free 30 of the hostages," the spokesman said. The kidnappers fled with 10 worshippers.

The attackers are believed to have come from Dumburum forest in neighboring Zamfara state, where they have several hideouts, the spokesman said.

These criminal groups are acting out of greed, and apparently without ideological motivation. But many experts have warned that they are linked to jihadist groups in the northeast of the country, hundreds of kilometers away.