Members of the French armed forces deployed in Rwanda during the 1994 genocide against the Tutsis were set Monday to avoid any trial after prosecutors recommended that judges drop a case accusing them of complicity in crimes against humanity over their inaction in a massacre.

Survivors of the June 1994 slaughter in the hills of Bisesero in western Rwanda had accused French troops of deliberately abandoning them to Hutu extremists, who murdered hundreds of people in the area within days.

The call to drop the 15-year-old case followed a major report in March examining allegations about France's role in the genocide, which found that Paris had been "blind" to preparations but not complicit in the killings.

The Paris prosecutors concluded that the investigation "did not make it possible to establish that the French forces could have been guilty of the crimes of complicity in genocide and crimes against humanity."

The inquiry did not confirm that there had been any "help or assistance from the French military forces during the carrying out of the atrocities," said chief Paris prosecutor Remy Heitz.

Nor, he added, did it establish that the French forces "refrained from intervening in the face of genocide or crimes against humanity due to a prior agreement."

Prosecutors opened the criminal investigation into complicity in genocide in December 2005 after complaints filed by survivors and human rights groups.

Eric Plouvier, lawyer for the Survie (Survival) NGO that advocates better relations between France and Africa and was among the groups that filed a complaint, called the outcome "heartbreaking and legally distressing".

In a "denial of justice," the judiciary failed to take account of France's "overwhelming responsibilities" that had allowed the genocide to take place, which were revealed in the historical report, he told AFP.

In March, the landmark French report compiled by historians concluded that Paris bore "serious and overwhelming" responsibilities over the slaughter of around 800,000 people between April and July 1994, mainly minority Tutsis.

The final decision over whether to press ahead with the case rests with the investigating magistrates.

They are now highly likely to drop the case unless any further investigations are ordered, said a source close to the inquiry, requesting anonymity.

The 386-page conclusion issued by the prosecutors and seen by AFP did not rule out the possibility that the lack of intervention by troops could constitute the crime of failure to "assist a person in danger".

But this crime would in any case be covered by the statute of limitations.

The five French military officers targeted by the investigation have never been charged.

Survivors of the massacre alleged that France, which had backed the Hutu government of the day, used the UN-backed Turquoise peacekeeping mission as a front for trying to keep the regime in place, as a buffer against English-speaking Tutsi rebels.

An estimated 50,000 people alone were killed in the Bisesero area, which was deemed a haven of Tutsi resistance.

The report commissioned by French President Emmanuel Macron was particularly damning about the events in Bisesero, calling the failure of French troops to protect Tutsis sheltering in the hills, in a so-called "safe zone", a "profound failure".

The report noted that the French had been aware that Tutsis hiding in the area had been attacked but failed to respond to their pleas to be saved for days, by which time hundreds of people had been murdered.

The French historical commission blamed the troops' failure to protect Tutsis in Bisesero on strategic considerations rather than the failings of individual soldiers.

French troops attempted "to maintain a balance between the two sides (Hutu and Tutsi)," the commission said.

The Rwandan genocide began after Rwanda's Hutu president Juvenal Habyarimana, with whom Paris had cultivated close ties, was killed when his plane was shot down over Kigali on April 6.

France's murky role in the violence poisoned relations for years between Paris and Rwandan President Paul Kagame, a former Tutsi rebel who has ruled the mountainous nation in Africa's Great Lakes region since the aftermath of the genocide.

Paris hopes the historical report will usher in a new era of understanding with Kigali, and Macron is hoping to visit Rwanda later this year. 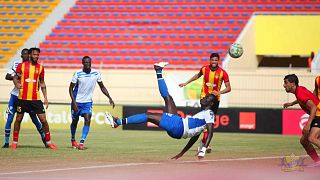