The 8th edition of the NollywoodWeek film festival goes global 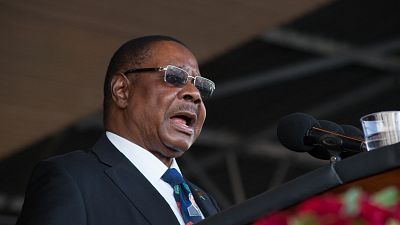 The embattled Malawian ex-president Peter Mutharika has accused the current government of politically prosecuting him.

The feud is the freezing of his bank accounts and arrests of his party officials over corruption allegations, but the authorities have maintained that they are simply following the law.

During a televised news conference at his home, Mutharika told reporters the freezing of his accounts is the persecution of the highest form.

"The aim is simply to create a hardship on me. Even the account where my retirement package comes in, that account is closed. So, my retirement benefits cannot come in. The idea is to make me totally incompetent financially to make me impossible to support the DPP (Democratic Progressive Party), and therefore to destroy the DPP and make a one-party dictatorship," he said.

Malawi’s Anti-Corruption Bureau (ACB) last August froze the personal bank accounts of Mutharika and his wife, Gertrude, in a probe seeking to uncover his role in a 5-billion kwacha ($6.6 million) cement scandal.

In his petition, the former President also wanted to court to order Standard bank to give him unrestricted access to his funds.

The bureau argues that Mutharika’s tax number was used to import cement duty-free between 2018 and 2019.

In July, his former bodyguard and the ex-head of Malawi’s tax body were in connection with the investigation.

Mutharika is now calling upon the Malawian government to end such actions since it doesn’t happen in other African countries.

The Bureau has since said it has no solid evidence against the former President, partially clearing his name.

In 2014, Mutahrika’s predecessor Joyce Banda fled the country after being implicated in the so-called Cashgate scandal, in which government officials siphoned off millions of dollars of public money.

The election was a repeat vote after the country’s top court quashed the results of the May 2019 exercise which gave Mutharika and his Democratic Progressive Party (DPP) victory. 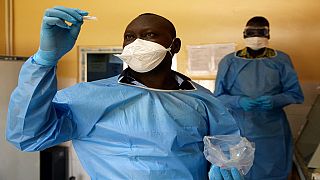