Voter turnout was low in one district in Chad's presidential election amid calls for a boycott by the opposition.

The Independent National Electoral Commission of Chad announced only 108,000 cast their ballots in the eighth district in the province of N'Djamena.

Incumbent Idriss Deby Itno is set to win a sixth term after three decades in power.

Deby, 68, is the frontrunner in a six-candidate race without major rivals and after a campaign in which demonstrations were banned or dispersed.

The main question seems to be over turnout after some members of the opposition called for a boycott of the election.

Speaking to journalists earlier Sunday as he cast his vote at a central polling station in N'Djamena, Deby called "upon all men and women of Chad wherever they are to come out in force and vote".

Deby is a former rebel and career soldier who seized power in a coup in 1990.

After being voted in, he changed the constitution in 2018 to allow him to stay in power until 2033.

He has maintained a firm grip on the military and state institutions to maintain power.

Provisional results from the elections are scheduled for April 25, with the final results due on May 15. 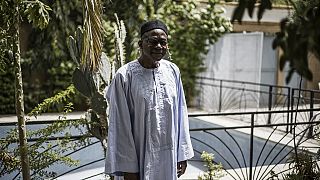