The death toll from tribal clashes in Geneina, the capital of West Darfur state in Sudan, has risen to 132, an official said on Thursday.

Speaking to reporters, Mohamed Abdallah Al-Douma, the state governor, said that 208 people have also been injured in the clashes.

Earlier, the Central Committee of Sudanese Doctors put the death toll at 125.

The bloodshed, which began Saturday, is the latest in a resurgence of violence in the Darfur region.

The signing of a peace agreement late last year and the withdrawal of UN peacekeepers, is still not preventing tribal clashes in the north- Eastern African nation.

On Monday, Sudan’s Security and Defense Council declared a state of emergency in the state to mitigate ongoing violence.

Many areas in Darfur see sporadic clashes between Arab and African tribes, due to conflicts over land and other resources. 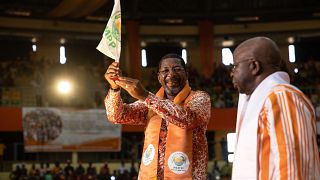