Harouna Sow, a Mauritanian refugee who arrived in France in 2012, cooks dozens of meals every week for students in need. On Tuesday evenings, several hundred of them queue up on a pavement in the 18th arrondissement of Paris to collect food parcels made up of fruit, vegetables and hot meals.

"At first I just came to help because I was a beneficiary of food aid when I came to France. And then I trained and spent a lot of time with students who hosted me in their homes through CALM, the SINGA programme, which is individuals who open their flats to refugees. So these are people who have accompanied me in all areas, and I tell myself that I had to do something for the nation because I know that I am part of it."

In 2013, when he arrived in France, Harouna himself benefited from food aid for nine months. He understands the significance of a good hot meal, made from the heart.

Every day, the team prepares 200 meals for the Restos du Cœur from foodstuffs collected by the association, an association for people in need.

The coronavirus crisis has affected a huge number of activities, in some cases with severe consequences, and some have lost their jobs.

Rémi Berthault, a Musicology student says "because of the lockdown his student job has been cancelled. So to eat on a daily basis, it's not that it's difficult, but one can't say no to a little help..."

On Tuesday evening, 250 students were queuing outside the Bar Commun premises. 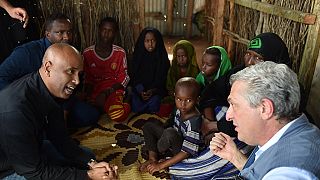 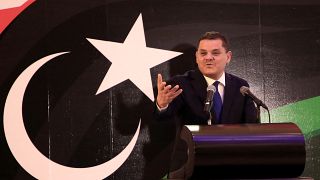