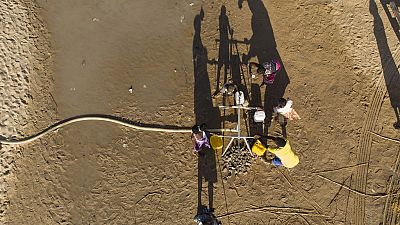 55 persons have died of a cholera epidemic in northern Mozambique since the beginning of the year, UNICEF said Wednesday.

Nearly 5,000 cases of the disease have been recorded among hundreds of thousands of displaced persons forced to abandon their homes and seek refuge with relatives or in camps.

Daniel Timme, a UNICEF spokesman in Mozambique said: "The situation is not good. The water supply and sanitation facilities are insufficient and need an immediate boost."

The Fund said its top priority is on those who have survived the violence and are now ‘’at risk of being affected by infections linked to poor sewage treatment." Timme stressed that the local population was also affected.

In 2019, Mozambique confirmed over 3,100 cholera cases following the onset of Cyclone Idai. The country undertook a vaccination campaign in the storm-hit city of Beira after it took delivery of nearly 900,000 doses.

Humanitarian organizations, Doctors Without Borders described the campaign as the ‘’most ambitious ever conducted using the single-dose cholera vaccine strategy.’’