Mozambican politician and champion against global warming dies at 57 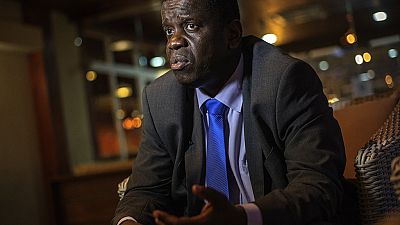 Daviz Simango, one of the main opponents in Mozambique has died at the age of 57, his family announced Monday.

Simango, who was a champion against global warming as mayor of the second largest in Mozambique, was last week transferred to a hospital in South Africa before his untimely death, his brother Lutero Simango told AFP, without giving further details of his illness.

Daviz Simango, 57, had been mayor of the city of Beira since 2003. The city has some 500,000 inhabitants and has been severally hit by cyclones.

As a member of the largest opposition party, the former rebel group Renamo, then an independent, Simango later formed his own party, the Democratic Movement of Mozambique (MDM) in 2009.

He was the son of one of the founders of the Mozambique Liberation Front (Frelimo), which fought against the Portuguese colonial power.

Re-elected mayor of Beira several times, Simango has always placed third in the presidential race of 2009, 2014 and 2019.

As mayor of a port city below sea level, he fought against the effects of climate change and rising sea levels.

Two hurricanes ravaged the Mozambican coast in 2019, razing much of Beira to the ground. More than 600 people died and hundreds of thousands were left homeless.