Amazing Teenager is Kicking Child Marriage to the Curb

Natsiraishe Maritsa is a spunky Zimbabwean 17-year old girl and has been a martial arts fan since the age of five.

Today, she uses her passion for Tae Kwon Do — which she instructs her parent' yard in Epworth settlement about 15 kilometres southeast of the capital Harare, to rally young girls and mothers to join hands in the fight against child marriage in the country.

Although Tae Kwon Do is not very popular in Zimbabwe, whose natives typically have a preference for soccer, there are still pockets of professional and backyard training schools.

In spite of her limited resources, the dedicated teen is committed to her mission.

Girl Power that Packs a Punch!

By way of her association called Vulnerable Underaged People's Auditorium, she hopes to reinforce the confidence of both the married and single girls through the martial arts lessons.

"I do Tae Kwon Do and with it, I want to create an early marriage free Epworth. I want to stop drug abuse because most of the teenagers are getting involved with drugs. So I want to occupy them with Tae Kwon Do."

Children as young as four and some of Natsiraishe's former schoolmates who are now married, line up in the tiny yard to enthusiastically follow her instructions as the girls stretch, kick, strike, punch and spar.

After class, participants explore the dangers of child marriage in a meaningful group discussion.

Natsiraishe Maritsa, shares her personal observations — situations in which she hopes her movement will make a difference in her community.

"Since I was in primary school, most of my friends got impregnated and they got into marriages. Then when I went to high school, I realised some of them now have kids and they're facing problems. These early marriages have led to gender-based violence and they're still kids. They cannot look after a family. So they have been beaten. They are experiencing abuses. And this is really paining me."

Neither boys nor girls may legally marry until the age of 18, according to Zimbabwean law enacted after the Constitutional Court in 2016 struck down earlier legislation that allowed girls to marry at 16.

Nonetheless, the practice remains widespread in the southern African nation, where an estimated 30% of girls are married before reaching the age of 18 — according to the United Nations Children's Fund.

Child marriage — which women's rights groups warn keeps young girls away from school and deepens poverty, is still an issue on the African continent.

The rising economic challenges brought on by the effects of the COVID-19 pandemic have increased pressures on families to marry off their young daughters as a way to cope financially. 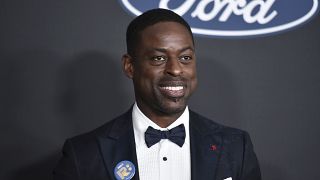 USA: Award-Winning TV Show ‘This Is Us’ Says #BLM in 5th Season Debut 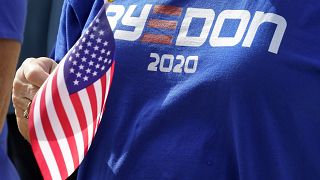 'A way of healing the pain': Desperate Zimbabwean youth turn to meth

USA: Award-Winning TV Show ‘This Is Us’ Says #BLM in 5th Season Debut

'A way of healing the pain': Desperate Zimbabwean youth turn to meth