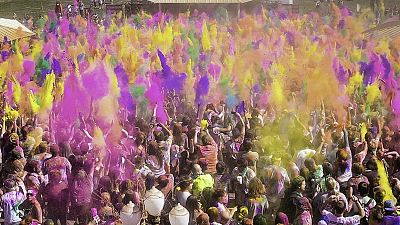 Coloured powders filled the air as thousands across India celebrated the Hindu festival of Holi.

The celebrations were massive in most parts of north India, despite reports of lower than usual sales of coloured powder, due to fears of the coronavirus outbreak.

People danced and smeared each other with colours during the festival that marks the advent of spring and is widely celebrated in India, Nepal and other South Asian countries.

The Indian Prime Minister Narendra Modi had earlier tweeted he would not be participating in Holi celebrations this year in light of the virus outbreak.

Some sellers of coloured powders and water guns said their sales had dipped this year due to fear of the virus among customers.

For most people, the new coronavirus causes only mild or moderate symptoms, such as fever and cough. For some, especially older adults and people with existing health problems, it can cause more severe illness, including pneumonia.

The vast majority of people recover from the new virus. 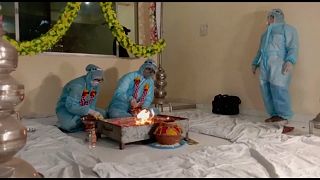 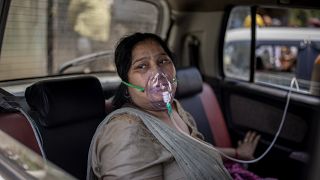 Black market for oxygen in India amid virus surge

Black market for oxygen in India amid virus surge