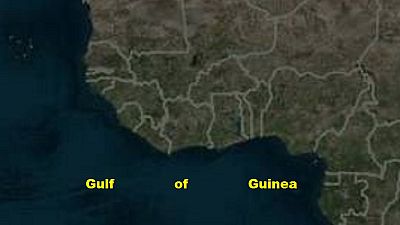 Piracy in the Gulf of Guinea off West Africa jumped by more than 50% last year as the area off oil-rich Nigeria continues to be the world’s most dangerous for ship crews, the International Maritime Bureau says in a new report.

The rise in crew kidnappings in the Gulf of Guinea was unprecedented, the bureau said, and it warned that other piracy incidents go unreported.

The region accounted for more than 90% of global crew member kidnappings last year. The number of crew kidnapped off West Africa in 2019 was 121 compared to 78 in 2018. In the last quarter, 64 crew members were kidnapped in six different incidents.

The new report listed 162 incidents of piracy and armed robbery worldwide in 2019, including 130 boarded vessels, 11 vessels that were fired upon — 10 of them in the Gulf of Guinea — and 17 attempted attacks.

The Gulf of Guinea represents a “serious and immediate threat to the safety and security of crews and vessels operating in the region,” the report said. Zero piracy incidents were received by the bureau last year for Somalia, a former hot spot.

Women champions of development in the Sahel - {INSPIRE AFRICA}

Women champions of development in the Sahel - {INSPIRE AFRICA}