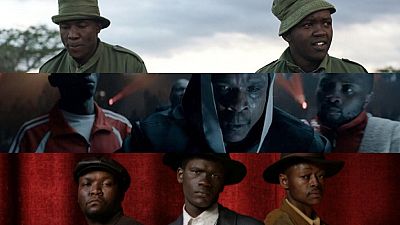 African films were the focus at the 2019 Durban International Film Festival which opened on Thursday, July 18.

Created in 1978, the Durban International Film Festival is considered the first of South Africa’s film festivals.

Its a full house at the DurbanICC for the opening film screening of #knucklecity #diff2019 #diff40 pic.twitter.com/H3kFOdO6pP

This year, the organisers are determined to tell the story of their continent through the arts.

“We felt it was time for our African voices to be heard, for our stories to be told from our own perspective. We have been lagging behind the Western world and we thought that this was the moment when we regain power. So we want to unite as a continent to be stronger and bring the strength of the industry to the world”, said Chipo Zhou, Manager of the Durban International Film Festival.

For stakeholders the platform is crucial for the growth African storytelling.

Nearly 300 films from all over the world will be screened. With an estimated audience of nearly 30,000 viewers, the festival gives pride to African cinema, despite the lack of huge budgets.

Desiree Kahikopo is a Namibian Film Director and producer.

“People are a little reluctant to believe and invest in African cinema. So the main thing is the funding, but apart from that, we have the stories, we have the talent, it’s just access to that funding that’s the challenge for most of the people I’ve talked to”, Kahikopo noted.

The Durban International Film Festival began on Thursday July 18 and will end on Sunday July 28.