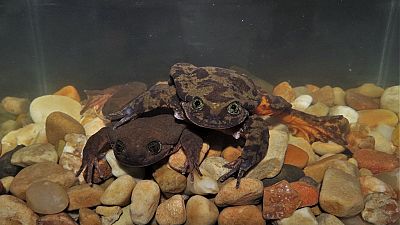 Romeo, the frog of an endangered species has finally found his soul mate named Juliet. Romeo was found as an adult in Bolivia’s Carrasco National Park.

At the natural history museum where the frog has been living for 10 years, scientists had to find an original initiative: putting the frog’s profile on a dating site to look for a female.

As a result, frogs of the same species were discovered and Juliet was quickly picked to ensure their reproduction. After various tests, the time finally arrived for Romeo and Juliet’s first meeting under the supervision of the scientists.

We had to take a number of precautions before trying to put Romeo and Juliet together.

“ We had to take a number of precautions before trying to put Romeo and Juliet together. We had to run tests for a deadly amphibian disease called chytrid fungus and we also had to do tests for parasites loads to see if the individuals that came out of their natural habitat had very high parasite loads and might threaten Romeo. We went through that process and everything came back good, the results came back good “, said Christopher Jordan of the Global Wildlife Conservation.

From April 3, fans of these famous frogs will have the opportunity to see the pair once a week on facebook live.

Sophia Barron is a Herpetologist from Herpetology Department of the National History Museum of Alcide D’orbign.

“ We don’t know the plexus for this species, because we don’t know nothing about it’s natural history or ecology of this species. So we are really excited to see what happens “ , she said.

With a life expectancy of 15 years, the Sehuencas frog species was in danger. Romeo was the only subject in captivity for more than a decade. 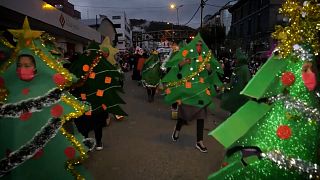 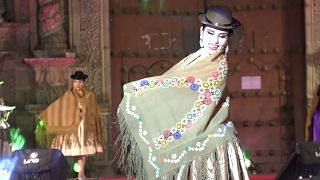 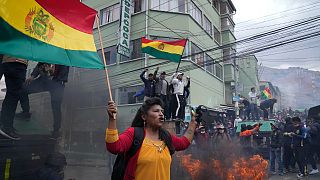