Neymar asks fans to help him become 'a new man' 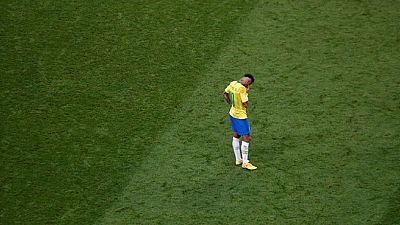 Brazil’s star forward, Neymar Jnr, who was ridiculed for faking and diving during the World Cup campaign in Russia has admitted to “exaggerated” reactions, asking fans to help him learn how to deal with frustration.

In a 90-second video made for his sponsor Gillette and published on social media accounts and Brazilian television, Neymar sought to win back fans who criticised his behaviour.

“Studs on my calf, knee in my back, stamp on my foot,” he said. “You might think I exaggerate and sometimes I really do exaggerate. But the fact is that I suffer on the field.

The Paris St Germain striker had hoped the Russia World Cup would elevate him to a similar status enjoyed by thirty-somethings Lionel Messi and Cristiano Ronaldo – the two players who have shared the FIFA World Player of the Year award over the last decade.

Instead, he bowed out at the quarter-final stage when Brazil lost to Belgium as fans focused less on his football and more on the dives, rolls and tears he produced.

“When I seem rude, it’s not because I am a spoilt child, it’s because I haven’t learnt to deal with frustration,” he said in a voiceover to the black-and-white video.

Neymar seeks to be ‘a new man’

The 26-year old former Santos and Barcelona player, who suffered a serious foot injury in February and returned to action just days before the start of the World Cup, told fans in his homeland he was working to become a better person and deal with the disappointments football threw at him.

“You can keep throwing stones or throw those stones away and help me stand. When I stand on my own two feet, all of Brazil stands with me.” 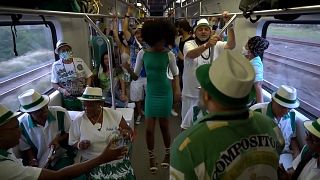