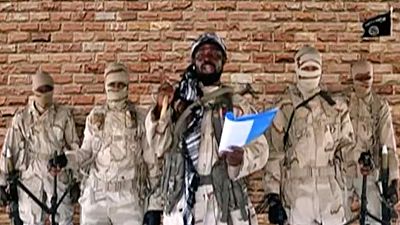 Three suicide bombers killed 18 people in the northeast Nigerian city of Maiduguri, capital of the state worst hit by the Boko Haram insurgency, its police commissioner said on Saturday.

Nobody has claimed responsibility for the attack but the use of suicide bombers in crowded areas is a hallmark of the Islamist militant group, which has killed more that 20,000 people since 2009 and forced over two million to flee their homes.

Damian Chukwu, police commissioner for Borno state, said the attack took place at a fish market around 20 kilometres (12 miles) from the centre of Maiduguri at about 8:00 p.m. (1900 GMT) on Friday.

“The three suicide bombers were killed and 18 other persons died. Twenty-two people were injured,” said Chukwu.

Suicide bombings have continued despite repeated assertions by the government and the military since 2016 to have defeated the Boko Haram insurgency, which aims to create an Islamic state in Nigeria’s northeast.

President Muhammadu Buhari took office in 2015 with a promise to improve security for ordinary Nigerians.

But in addition to the jihadist insurgency, communal violence has plagued swathes of the country in the last few months, including a clash on Thursday that killed 18.