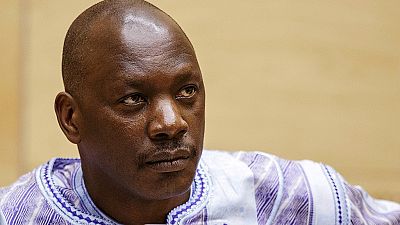 The International Criminal Court in the Hague, Netherlands has awarded $10 million in compensation to child soldiers recruited by Congolese warlord Thomas Lubanga.

The International Criminal Court said Lubanga was liable to pay the full amount to his young victims and their relatives, but added it recognised there was no way he would be able to afford paying this compensation that is the largest of its kind in history.

The court therefore instructed contributions would be sourced from different parties including the Democratic Republic of Congo to fulfill this payment.

The will also monitor Lubanga’s financial situation as he served out the remaining year of his sentence to see how much he might be able to contribute to the Court Trust Fund for Victims.

In 2012, Thomas Lubanga was convicted for using child child soldiers and sentenced to 14 years in jail. His was the first conviction handed down by the permanent war crimes tribunal.

Aid agencies estimated that 5.4 million people died as a result of war and ensuing hardship in the Democratic Republic of Congo between 1998 and 2007 – more than in any other conflict since World War II.

The court in The Hague said the payment would fund psychological support and job training programmes for 427 victims identified during the proceedings.

It acknowledged that many more children had been conscripted as soldiers. “Further evidence established the existence of hundreds or even thousands of additional victims affected by Mr Lubanga’s crimes,” the court said in a statement.

The judges awarded $8,000 per person, or $3.4 million for the 427 victims recognised so far, with an additional $6.6 million for potential future awards.

In March, the ICC ordered another Congolese convict, former militia leader Germain Katanga, to pay $1 million in damages to victims.