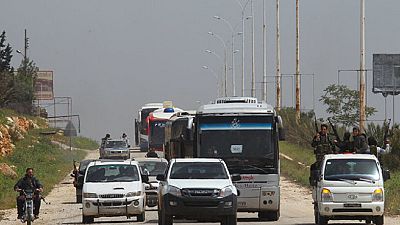 Although the hopes of many Syrians have been shattered by the country’s civil war, one Syrian working in Egypt has not allowed the tragic conditions to hinder his dreams as he aims to help inspire other refugees through his love of football.

Anas Abu Jawwad once played in one of the top Syrian teams, Al Wehda, and also enjoyed a stint playing in Cyprus. But his career went off course when the civil war broke out in his home country.

“I left to Cyprus first where I excelled in the second division but was not allowed to continue because I didn’t have the proper documents. I then went to work in Dubai where I received an Asian coaching license for the youth teams and came to Egypt because the coaching license from Africa has more leverage internationally,” he said.

I left to Cyprus first where I excelled in the second division but was not allowed to continue because I didn't have the proper documents.

Anas took more coaching courses in Egypt and has worked as a youth coach in several academies.

He established a Football Academy for Syrian refugees and called it the Syrian Stars Academy, the academy offers young Syrians opportunities they otherwise would never have.

“This academy is aimed at giving a chance to the Syrian talents that are abundant but don’t have the opportunity to play. Many of the Syrian boys were born here or came when they were only two or three years old. They know nothing about their country. For them, it’s not only about playing football but about enjoying their time and learning more about their country,” said Anas.

Despite the great success Anas has built with his academy in Egypt, he still said he’s ready to leave everything behind and return home should peace be restored in his homeland.

“If you now told me to go back to Syria, I would run back with my shorts and shirt, nothing else,” he said.
He said Egypt, and the Egyptians have been great to them but added that being in one’s own home is another feeling.

In only two years, the number of players has increased by just a dozen to over 500 across many different age groups.