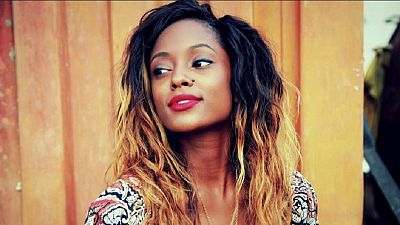 According to local media reports, Mdee has surrendered to the police.

A prominent artist’s advocate in the country, Aman Tenga confirmed that her client, Mdee surrendered to the Central Police Station in Dar es Salaam.

Tenga said the artist was in South Africa for duties when her name appeared on the list.

He furthered confirmed that police searched Mdee’s house in Kunduchi before taking her to the Chief Government Chemist for further investigations before being locked up.

Mdee is the first ever MTV VJ, she was born in 1988 in Arusha and rose to prominence as a radio and TV host.
She has hosted Epic Bongo Star Search and Dume Challenge for ITV Tanzania before signing with B’ hits Music Group in late 2012.