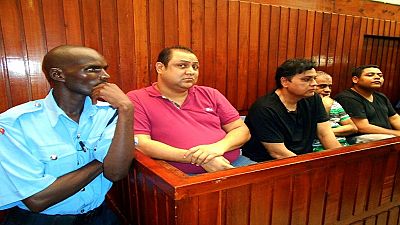 A drug ring consisting of four suspects being held in New York after their extradition from Kenya has also been accused of ivory trade by US-based investigators.

Brothers Baktash and Ibrahim Akasha who are Kenyan nationals, were arrested in Kenya’s coastal city, Mombasa, and flown to New York on January 30 together with an India and a Pakistani.

They’ve been charged with conspiring to smuggle heroin into the United States (US) and risk being sentenced to life imprisonment.

Ms. Gretchen Peters, the head of a US company that helps governments fight transnational crime maintained that the four were also involved in ivory smuggling between Africa and Asia.

The US federal prosecutor did not bring the charges before the court because the act does not constitute a violation of US laws.

In one of the records, one of the culprits is heard bragging about ivory he possessed to a DEA source in April 2014.

“I have ivory here from Botswana, from Mozambique, from all over. I have a lot here and it sells,” said Ibrahim Akasha.

The four were arrested when a US anti-narcotics agents posed as Colombian drug dealers. 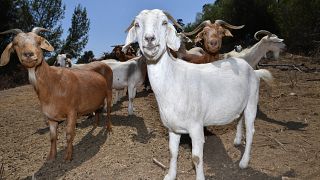 Meet California's unlikely allies in the fight against wildfires

Meet California's unlikely allies in the fight against wildfires