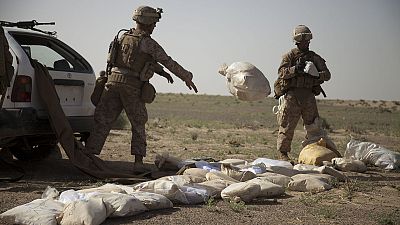 Tanzania’s main opposition leader Freeman Mbowe was summoned for police interrogations on Friday, February 10, following allegations that he is involved in a drug trafficking ring. He however defied the summon.

On Thursday main opposition party Chama Cha Demokrasia (Chadema) hit back against the allegations, calling them “unfair” and a “smear campaign.” Freeman Mbowe, the chairman of the party, was among names of suspected drug traffickers unveiled by Dar es Salaam governor Paul Makonda in a press conference on Thursday.

#Tanzania Well the Drugs are well funded, Even the Bunge. pic.twitter.com/NnI4n0TcQQ

Mr Makonda listed 65 people he suspects of being involved in a drug trafficking ring, but did not provide details of an investigation or evidence for his claims.
After unveiling the list, Mr Makonda called on the people on the list to present themselves to police for questioning on Friday morning.

“The country is not governed properly. It is unfair to accuse a reputable person of drug trafficking without any shred of evidence,” Mr Mbowe said. “This matter will end up injuring innocent people’s reputations.”

Earlier in February, top celebrities were also nabbed in the anti-narcotics crackdown.The celebrities had appeared at the central police in Dar es Salaam for questioning after being named in the investigation. According to a local daily The Citizen, the celebrities grilled included former Miss Tanzania Wema Sepetu, Singer Khalid Mohalmmed alias TID, Dogo Hamidu and Babuu wa Kitaa.

According to the U.S. Department of State, Tanzania is a significant transit country for illicit drugs, including cocaine and heroin, with a growing domestic user population. Tanzanian drug trafficking organizations and courier networks operate globally with cells throughout Africa, Asia, Australia, Europe, North America, and South America. These Tanzanian drug trafficking organizations play a prominent role in the Southwest Asian heroin trade.

There is inadequate security at Tanzanian seaports, specifically those in Dar es Salaam’s Kinondoni District and the Tanga Region in the north, and traffickers exploit the country’s 854 mile coastline along the Indian Ocean.

The Tanzanian Drug Control Commission (DCC), the Tanzania Intelligence and Security Service (TISS), and the Tanzanian Police Service’s Anti-Narcotics Unit (ANU) have each been contributing to their government’s fight against illicit drug trafficking.

Tanzanian government has long been against illicit production or trafficking of illicit narcotics, but corruption remains an enormous barrier to effective narcotics enforcement. Drug traffickers use their considerable financial resources to influence politicians, law enforcement officers, and others in positions of power.