The Colombian government and the guerilla group, the Revolutionary Armed Forces of Colombia (FARC) have announced a revised peace deal.

The announcement comes some six weeks after Colombians rejected the original peace deal in a referendum amid objections that the deal favoured the FARC rebels.

A joint statement from the two sides who have been holding talks in the Cuban capital Havana for 4 years, said they had incorporated proposals from various groups into the new deal.

“We have reached a new final agreement to end the armed conflict, which incorporates changes, clarifications and some new contributions from various social groups,” the statement said.

Although the statement did not give details of the revised deal, the Colombian government’s lead negotiator Humberto De la Calle said: “This accord was an opportunity to resolve many criticisms and dissatisfactions, but, above all, to unite us as Colombians. Once again we prove that, despite differences and different visions, through dialogue, it is possible to reach points in common.”

The FARC’s lead negotiator Ivan Marquez on the other hand said they were presenting to the Colombian nation a “new definite peace accord which we prefer to call the Hope Accord, a powerful instrument to democratize the country and for people’s rights to materialize.”

A major change in the new deal De la Calle said, is a requirement for the FARC to present a complete inventory of its assets which will be used for victim compensation.

The new deal also takes foreign magistrates off special peace tribunals and requires FARC to turn in “exhaustive and detailed” information about its involvement in the drug trade.

Former Colombian president Alvaro Uribe who led the “No” campaign which led to a rejection of the original accord has said his camp and victims of the conflict should be allowed to briefly study the new deal before it is implemented.

In spite of the rejection of the original deal by voters, Colombia’s president Juan Manuel Santos was awarded the Nobel peace Prize for his part in the negotiations.

It is unclear at the moment if the new deal will be up for another popular vote. Reports suggest it will be submitted to Congress. 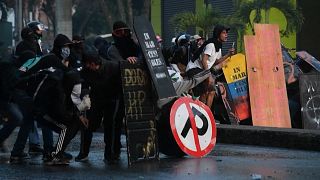 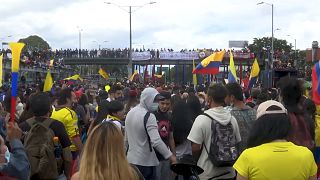