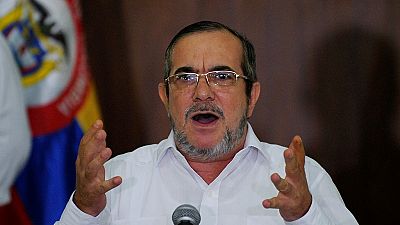 Colombia’s leftist rebel group the FARC has ordered its fighters to observe a ceasefire from midnight local time in a definitive truce. It follows four years of peace talks.

The announcement was made in Havana, Cuba by FARC leader Rodrigo Londono also known as Timochenko.

FARC which is the acronym for the Revolutionary Armed Forces of Colombia, has been fighting a five-decade long insurgency against the Colombian state which has killed an estimated 260,000 people.

Last week the two sides reached a deal which effectively ended the conflict. Under its terms FARC gives up its armed struggle and joins the legal political process.

The ceasefire is purely procedural. The next step is a referendum on the agreement in early October.