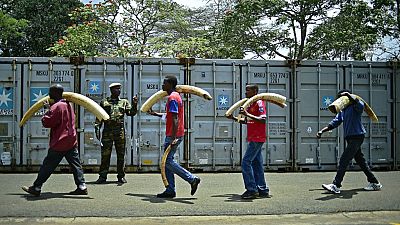 A shipment of one and a half tonnes of smuggled ivory was seized last weekend and three suspected traffickers were arrested in Lubumbashi, in the south-eastern Democratic Republic of Congo, judicial sources said Thursday.

The origin and destination of the ivory are not known, an investigation is underway.

"The source told AFP: "On Saturday, our services seized some 1,500 kg of ivory. "Five people who were transporting the ivory in long trucks were arrested but two fled after questioning," the source added.

According to the source, "the three Congolese arrested say they were simple transporters, who do not know the origin or destination of the packages and claim that those who fled are the owners.

Sabin Mande, a lawyer for the "Natural Resources Network", a platform of Congolese environmental NGOs, assured AFP that he had seen "18 bags full of ivory weighing more than 1,500 kg" at the Lubumbashi prosecutor's office on Wednesday.

According to him, this represents the slaughter of "80 to 100 elephants". "This is criminal," he commented.

This is one of the largest ivory seizures on the African continent.

Seizures of two to four tonnes have been made in Kenya and Togo over the past ten years. The largest recent seizure in the world was made in Vietnam, with nine tonnes discovered in March 2019 on a ship from Congo.

The illegal ivory trade is the third most profitable form of trafficking after drugs and arms. It is fuelled by high demand in Asia and the Middle East, where elephant tusks are used in traditional medicine and ornamentation. 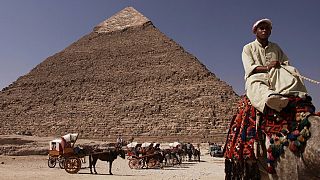 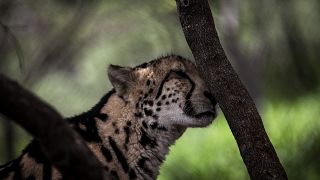 Cheetahs endangered in horn of Africa due to smuggling 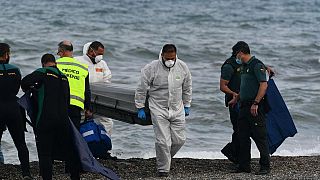 Tunisia: People smuggling on the rise despite obvious dangers

Cheetahs endangered in horn of Africa due to smuggling

Tunisia: People smuggling on the rise despite obvious dangers