At least 45 people have been killed in floods and mudslides across South Africa's port city of Durban (capital of Kwazulu-Natal province) following heavy rains in recent days, authorities confirmed on Tuesday.

A spokesman for the Department of Cooperation and Traditional Affairs told AFP: The death toll could rise, "we are still gathering information from the emergency services."

This is South Africa now ???

nature is saying something that it shall only be reported by mainstream as just floods ?? pic.twitter.com/KxHNaEaoav

Rescue and evacuation operations are currently underway, the KZN disaster management department said in a statement.

"It's an absolute nightmare, lots of mudslides, casualties, collapsed buildings," Garrith Jamieson, a rescue worker, told AFP. He said there would be "more deaths".

The risk management department in the southeastern province of KwaZulu-Natal urged residents to stay at home and ordered those residing in low-lying areas to move to higher ground.

Local media are reporting between 11 and 20 deaths but these figures have not yet been confirmed.

The heavy rains are expected to continue on Tuesday, according to forecasts. 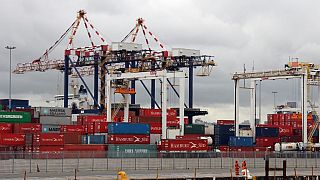 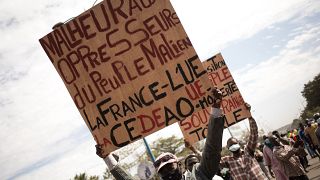