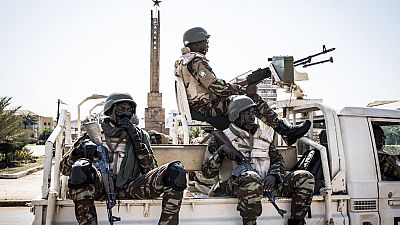 The Economic Community of West African States (ECOWAS) has announced the dispatch of a force to stabilise Guinea-Bissau, following this week's failed coup that left 11 dead.

The ECOWAS communiqué, issued Thursday evening after a summit of its leaders in Accra, however, does not state the date of deployment of the force or its composition.

The Bissau-Guinean presidency would not comment when contacted Friday by AFP.

President Umaro Sissoco Embalo, 49, in power since 2020, escaped a coup attempt on Tuesday. The Government House, on the road to the airport, was attacked by gunmen while the head of state and members of his government were holding an extraordinary council of ministers.

Umaro Sissoco Embalo escaped unharmed from the Government House, which was the scene of heavy gunfire for several hours. Eleven people died in the assault, according to the government. The motives of the attackers remain a mystery.

"This act was committed by a group of bandits who wanted to take power under the orders of another group like them," President Embalo told the press on Thursday. He refused to be more precise, hiding behind the investigations of the judiciary and the creation of a commission of enquiry.

ECOWAS deployed a force for stability and security in Guinea-Bissau (Ecomib) after the April 2012 coup that toppled Prime Minister Carlos Gomes Junior between the two rounds of the presidential election, of which the latter was the favourite.

This force was responsible for protecting the heads of institutions and public buildings. It was made up of more than 1,000 Senegalese, Togolese, Burkinabe and Nigerian soldiers, gendarmes and police officers, and left the country in September 2020 at the end of its mandate, after having helped guarantee the country's stability for eight years.

Guinea-Bissau, a small nation of about two million people bordering Senegal and Guinea, has a history of coups. From its independence from Portugal in 1974 until Tuesday's coup, it has seen a string of military coups, the most recent of which was successful in 2012. 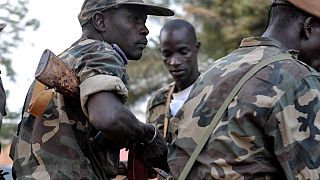 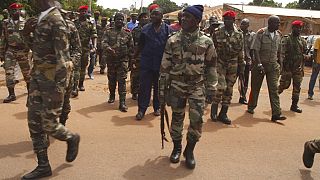 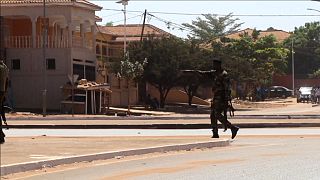