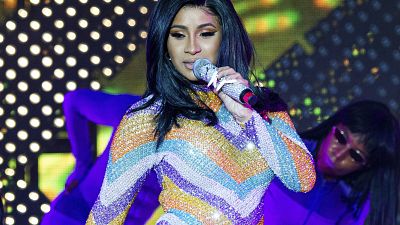 Rapper Cardi B will cover burial costs for the victims of a deadly Bronx blaze that killed 17 people earlier this month, the city said Wednesday.

"The Grammy Award-winning artist has committed to paying costs, including repatriation expenses for some victims buried in the Gambia, through the Mayor's Fund's Bronx Fire Relief Fund," City Hall said in a statement.

The fund has raised more than $2.5 million to date, on top of more than $1.5 million raised through various GoFundMe campaigns.

All 17 victims of the fire died of smoke inhalation. Authorities say a malfunctioning electric space heater started the blaze, and a door left open allowed smoke to spread throughout the building.

"“I cannot begin to imagine the pain and anguish that the families of the victims are experiencing, but I hope that not having to worry about the costs associated with burying their loved ones will help as they move forward and heal," the rapper said in a statement.

Ethiopia ex-peacekeepers from Tigray arrive in Sudan for asylum

Ethiopia ex-peacekeepers from Tigray arrive in Sudan for asylum