On Tuesday, Nobel winner and gynecologist urged France to help fight 'impunity' of sexual violence perpetrators in the Democratic Republic of Congo.

Congolese gynecologist and human rights defender Dr Denis Mukwege was awarded the honoris causa membership of the French Academy of Medicine. As he received his award on Tuesday, the man who cares for women raped in DRC called for the end of the impunity of sexual violence perpetrators. "I cannot see peace being built without justice in the Democratic Republic of Congo. There are so many crimes and, unfortunately, the criminals are in commanding positions in the army, in the police, they also occupy political positions", he said.

To help end impunity, the doctor who was in Paris called for a special involvement of France: "France's involvement can make a big difference. France knows the DRC better than any other country apart from Belgium, which is not on the Security Council."

The South Kivu region where Mukwege’s hospital is established has been plagued by a conflict for decades. Rebel groups from DRC’s neighboring countries and armed forces uses rape as a weapon of war. 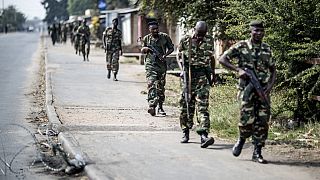