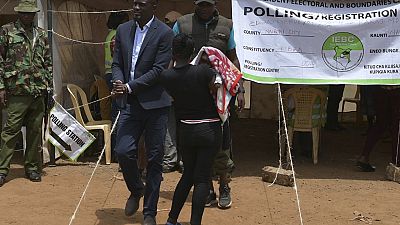 Only 760 000 Kenyans have registered as new voters against the set target of 4.5 million by this week.

According to the independent electoral and boundaries commission chairman wafula kyebukati the agency is concerned about the low voter registration trend as the mass listing drive which started on Monday October 4, is planned to end on Tuesday November 2.

“A report will be going out soon for all the counties but we have only done 760 000 plus out of an expected 4.5 million. It is a very low turnout. I know Kenyans will wait until the last minute to come out “.

He revealed this in Nairobi during a meeting of senior officials from the judiciary, ministry of interior, IEBC, and the national cohesion and integration commission which was aimed at discussing the preparations so far ahead of the country s general elections.

Mr chebukati appealed to Kenyans to take the exercise serious. “My appeal to Kenyans is to come out in large numbers because this is the only chance where the commission will be coming near you”

Despite the low turnout, the IBEC boss assured Kenyans that the next general elections will be free fair and credible as they are working in place with other agencies to ensure all is set for the 2022 polls.

Records available at IEBC show that Kenya had over 19 million voters in 2017. According to official figures, the country has a population of over 53.7 million, with the majority being the youth.

Voter registration apathy is a growing concern with key politicians eyeing political seats campaigning across the country and urging the masses particularly the youth to register and take part in the polls.

As part of interventions to increase the numbers, IEBC in collaboration with the University of Nairobi and College Students’ Peace Association of Kenya (UCSPAK) officially launched the students’ voter registration drive.

This will enable students in institutions of higher learning register as voters from their respective campuses, and vote at their preferred polling station in the general elections 2022. It however appears the IBC would have to do more in order to achieve its target.

The agency had targeted at least 6 million new voters but an analysis of the number of eligible voters as shown by the latest population census, the number of people who have attained voting age and unregistered people show a figure of about 9 million potential new voters. 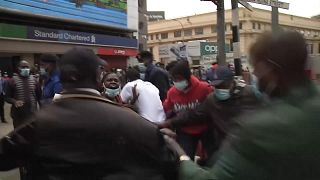