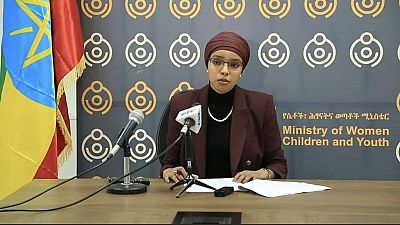 Ethiopia's women's minister, the first federal official to acknowledge rape had taken place during the Tigray war, announced her resignation Monday, without specifying a reason.

"Any situation that compromises my ethics is contrary to my convictions and values, and betraying those beliefs is a breach of trust to myself and our citizens," Filsan Abdullahi Ahmed said in a statement posted on Twitter.

"For reasons of a personal nature that weigh heavily on my conscience, I regretfully submit my letter of resignation effective immediately."

In February, Filsan said rape had "without a doubt" taken place during the now 10-month-old war in the northern region of Tigray between government forces and rebels, and set up a task force to investigate.

Last month she told AFP the task force's report had been sent to the attorney general and that it was up to law enforcement officials to determine the scale of the crimes and who was responsible.

She said she believed law enforcement officials were "doing their best" but that she hoped the work would move faster.

Filsan did not respond to requests for comment Monday.

Her resignation comes one week before Abiy, whose Prosperity Party scored a landslide victory in national elections earlier this year, is set to name a new government.

Amnesty International said last month that Ethiopian troops and allied Eritrean forces had raped hundreds of women and girls in Tigray, subjecting some to sexual slavery and mutilation.

Survivors told Amnesty they had been gang-raped while held captive for weeks, raped in front of their families, and had objects including nails and gravel inserted into their vaginas.

In May, the attorney general's office said three soldiers had been convicted and sentenced for rape and that another 25 had been charged with "committing acts of sexual violence and rape".

Investigations were continuing, it said.