On the sidelines of the activities of the 76th Session of the United Nations General Assembly (UNGA 76), Minister of Foreign Affairs HE Dr. Abdullatif bin Rashid Al Zayani, today met at the headquarters of the South African mission to the United Nations in New York, Minister for International Relations and Cooperation of the friendly Republic of South Africa, HE Dr Naledi Pandor.

During the meeting, they discussed the close friendship relations between the two friendly countries, joint efforts to develop bilateral cooperation in various fields and ways to expand the horizons of trade and investment exchange to serve common interests as well as a number of regional and international issues of common interest.

The meeting was attended by Permanent Representative of the Kingdom of Bahrain to the United Nations in New York HE Ambassador Jamal Faris Al-Ruwaie and the delegation accompanying HE the Minister.

Distributed by APO Group on behalf of Ministry of Foreign Affairs of Kingdom of Bahrain. 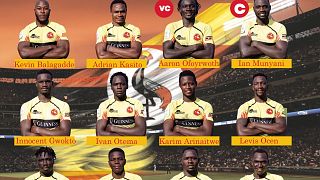