Togo: Many rush to get vaccine as Covid-19 pass launches

Togo moto-taxi driver Kossigan Fandji was twice barred from entering his local town hall to try to access his documents because he failed to present a Covid-19 vaccine card.

Fandji joined the rush of Togolese getting the jab after his small West African nation on Friday became the latest to ban access to certain public places for people with no Covid-19 vaccination.

The measure was the latest by Togo's government in attempt to curb growing Covid cases and increase inoculation rates against the virus.

"Finally! With my vaccination card, I can get a legalised copy of my birth certificate," said Fandji after receiving a shot in Togo's capital Lome.

The passes, which are already in place in several European countries, will be difficult to establish in the country of eight million people that has so far received around 1.6 million doses of vaccines.

On Wednesday afternoon, a long queue was seen outside a clinic in Doumassesse, a popular neighbourhood of Lome.

"We are really overwhelmed, since Saturday... We're vaccinating at least 600 people a day, while before we were vaccinating between 150 and 200," a hospital staffer said.

Honore Yao, a 21-year-old student, said he came to get his shot "mostly to get the card".

"I am applying for a passport and I won't be able to enter the passport office without this document," he said.

But for 25-year-old Eric Tivo, who works in a supermarket, getting the shot was a burden.

"I didn't want to do it, because I'm a bit worried. But I was obligated to get the shot."

Outside several public buildings in the capital, AFP reporters saw police officers and members of an anti-Covid brigade conduct checks.

On Tuesday, the government extended the state of health emergency, allowing it broader powers to tackle outbreaks.

Places of worship, bars and nightclubs are closed, and cultural, political and sporting events banned.

Some critics of the government have spoken out against the new measures. "The regime only knows force. It's unthinkable to impose a pass to access public buildings. It's anti-constitutional," said opposition member Nathaniel Olympio.

Togo has so far recorded 23,947 coronavirus cases and 208 deaths, but numbers are estimated to be higher because of a lack of testing.

The new restrictions follow a surge in cases in recent weeks.

At least 450,000 people have received at least one dose of the vaccine and the government hopes to start inoculating 10,000 people a day in order to reach one million vaccinated people by December.

Edo state, in the south, said it was banning access to public buildings starting on Wednesday, for any state employee who cannot show proof of vaccination.

The country of more than 200 million people has received fewer than 10 million doses of vaccines so far, and just over four million have taken at least one shot, according to official figures. 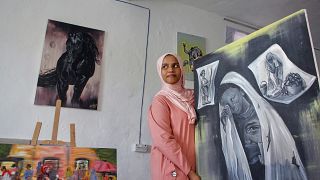 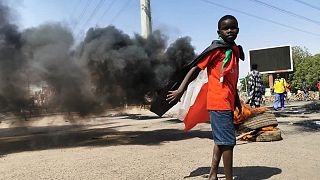 With a new coach, Togo aim to qualify for 2022 World Cup

With a new coach, Togo aim to qualify for 2022 World Cup