While Sudan’s post-revolution reforms continue to register progress and peace is largely holding, implementation of the 2020 Juba Peace Agreement remains slow and lingering intercommunal violence continues to plague the Darfur region, the Security Council heard today as the head of that country’s sanctions committee presented his quarterly update.

Sven Jürgenson (Estonia), briefing the 15-member organ in his capacity as Chair of the Security Council Committee established pursuant to resolution 1591 (2005) concerning the Sudan, outlined developments for the period 14 June to 14 September. He said the Committee held its first in-person informal consultation since the beginning of the COVID-19 pandemic and received the Sudan Panel’s interim report as well as a briefing on its contents. It later issued a press release.

Among other things, he said the Panel of Experts on the Sudan updated the Committee about the implementation of the Juba Peace Agreement, regional dynamics, the status of the armed groups in the region, intercommunal violence and human rights violations. Both the Government of the Sudan and the Juba Peace Agreement signatory movements continued to promote peace in the Sudan, including Darfur. However, the Panel made clear that — except for power-sharing arrangements — the Peace Agreement’s implementation has encountered delays. Meanwhile, the regional context remains mainly favourable to the peace process in Darfur.

Regarding the activities of armed movements, he said the Panel informed the Committee that the Sudan Liberation Army/Abdul Wahid (SLA/AW) remains present in the Jebel Marra region. At the same time, there was some sporadic fighting during the reporting period in northern Jebel Marra between SLA/AW and Government forces. Mining revenues have helped SLA/AW build up its capability in terms of recruitment, training and weapons. In addition, the Juba Peace Agreement signatory movements have returned to Darfur, some of them engaging in recruitment, while also keeping a number of troops and weapons in Libya.

He reported the Panel’s assertion that, due to delays in the Peace Agreement’s implementation, insecurity persists in many areas of Darfur. “Despite the Government’s commitment to improve security, the Panel reported that intercommunal violence, attacks against civilians by the SLA/AW factions, human rights violations, including acts of sexual violence in conflict were recorded,” he said. In that context, enhancing the protection of civilians in Darfur continues to be of paramount importance and needs to be expedited. The Panel also cited the need for more efforts to address the underlying drivers of the Darfur conflict, including competition for scarce local resources.

Turning to the travel ban and asset freeze, he said the Panel reported that implementation remains a challenge. A new instance of a travel ban violation occurred when a listed individual, Musa Hilal, travelled to Chad in April 2021. Reiterating that the targeted measures and the arms embargo on Darfur serve the sole purpose of helping the Sudan to achieve peace, he said the Committee is assisting with the upcoming review of sanctions in order to best support the country in that ultimate goal.

Responding to that briefing, Abdalla Adlan Ali Ombali (Sudan) reiterated his Government’s longstanding and principled position rejecting the sanctions imposed on the country. “These sanctions are no longer in line with the reality on the ground in Darfur, compared to 2005 when they were imposed,” he stressed, adding that it is incumbent upon the Council to address the new reality in his country. Indeed, the situation in Darfur continues to improve every day, with a ceasefire currently holding since it was first announced. The Government is implementing the Juba Peace Agreement, it has deployed a joint civilian protection force, and it is working to address the challenges facing internally displaced persons and refugees.

Adding that the Government continues to engage the SLA/AW faction and prevent intercommunal violence, he pointed out that it is also working to promote and protect the rights of children. Dedicated units for the protection of women and children have been deployed throughout the Sudanese Armed Forces, which are responding swiftly to instances of violence. Underlining the need to speed up the capacity-building of the Sudanese Forces to combat the activities of armed groups, he said lifting the sanctions will help Sudan more quickly become a country that lives in peace throughout its borders. The Government will continue to cooperate closely with the Council, but it will not accept any sanctions expansions that do not meet with its approval, including measures that are unreasonable or that cannot be measured against clear benchmarks. “We expect to be treated fairly and objectively,” he emphasized. 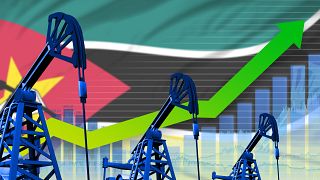